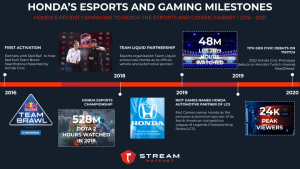 Recently, car brands like Honda have become widespread in the gaming industry and are racing towards sponsorship deals that promote brand affinity. 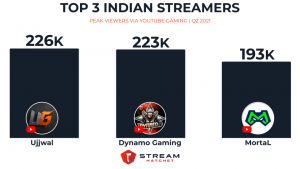 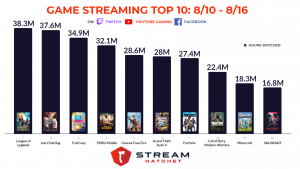 TL;DR: League of Legends remains on top followed closely by Just Chatting. Fall Guys breaks into the top three as streamers of all varieties are 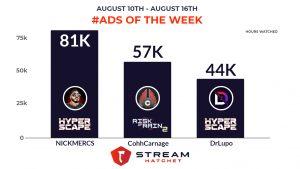 TL;DR: Sponsored segments of Hyper Scape and Risk of Rain 2 were the top #ads last week with some help from NICKMERCS, CohhCarnage, and DrLupo. 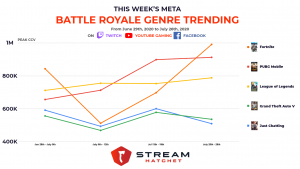 TL;DR: The games with the highest peak concurrency last week came from the most popular battle royale games on pc/console and mobile: Fortnite and PUBG 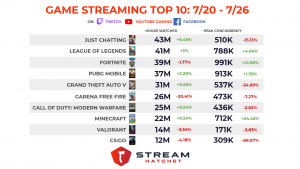 Just Chatting content still on top, Fortnite reached a massive peak viewership, and Minecraft surges. The latest edition of the most watched games across Twitch, 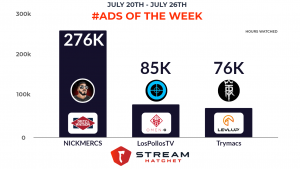 TL;DR: Dietz & Watson teamed up with NICKMERCS while OMEN had a unique crossover event and LevlUp rounded out the top three. While endemic gaming 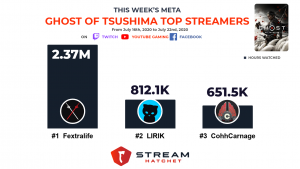 This Week’s Meta: Ghost of Tsushima 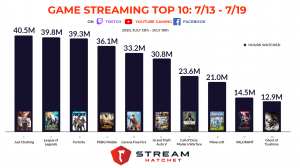 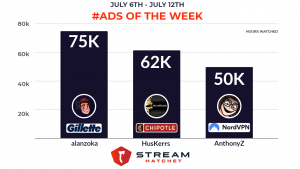 Gillette partnered with alanzoka to produce the top #ad of the week with Chipotle and NordVPN activations not far behind. In this edition of #Ads 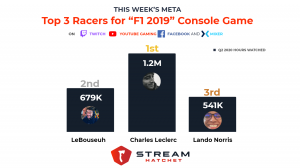 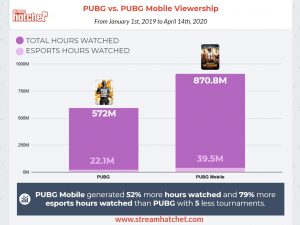 Call of Duty esports have undergone quite the overhaul in the past year with the CoD League taking on a geolocated franchise model, much like the Overwatch League. In addition, the league, previously known as the Call of Duty World League, had its broadcasts move from Twitch to YouTube, making it so that the fresh new league had a new home as well.

Last week, the Gillette Gaming Alliance dominated the sponsored campaign market on Twitch by securing the top three most watched sponsored streams. The announcement of

EA DOMINATED with sponsored segments for the week of 2/2. 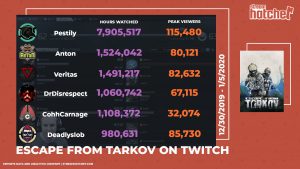 Integrated view drops fuel Tarkov to the top of Twitch. Here are the top streamers