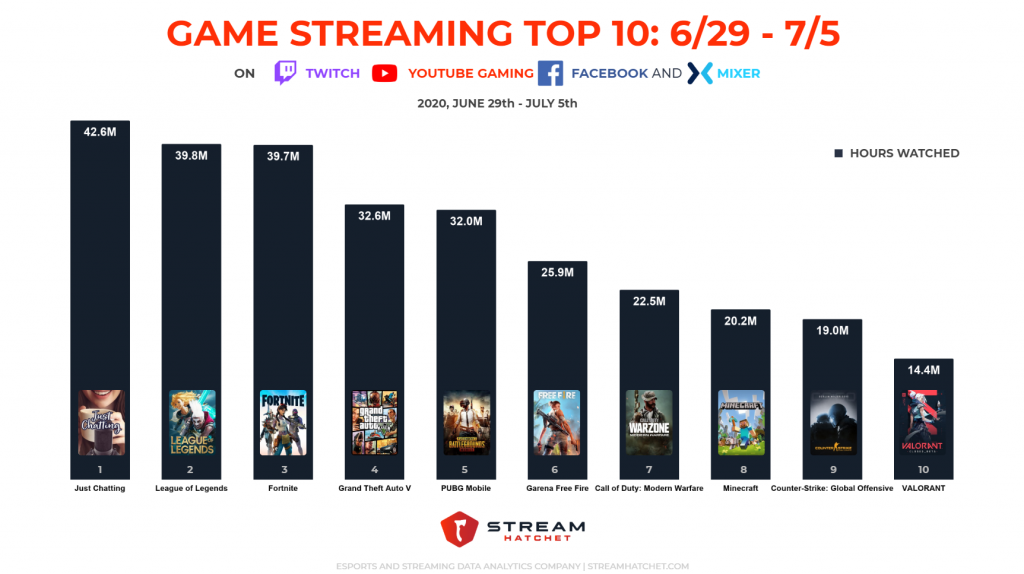 TL;DR: Just Chatting led all categories, Dota 2 drops out of the top ten, and VALORANT climbs back onto the list.

In last week’s Top 10 most watched games on North American streaming platforms, Just Chatting and League of Legends traded the top two spots as the former increased 5% in hours watched. PUBG Mobile and Garena Free Fire sat securely at 5 and 6 on the list as the only strictly mobile games.

·        CS:GO was down 16% to 19 million hours watched but still holds a slight lead over VALORANT, its biggest competitor.