Tl;dr: The OfflineTV server on Rust caused the game to reach it's highest viewership in years. 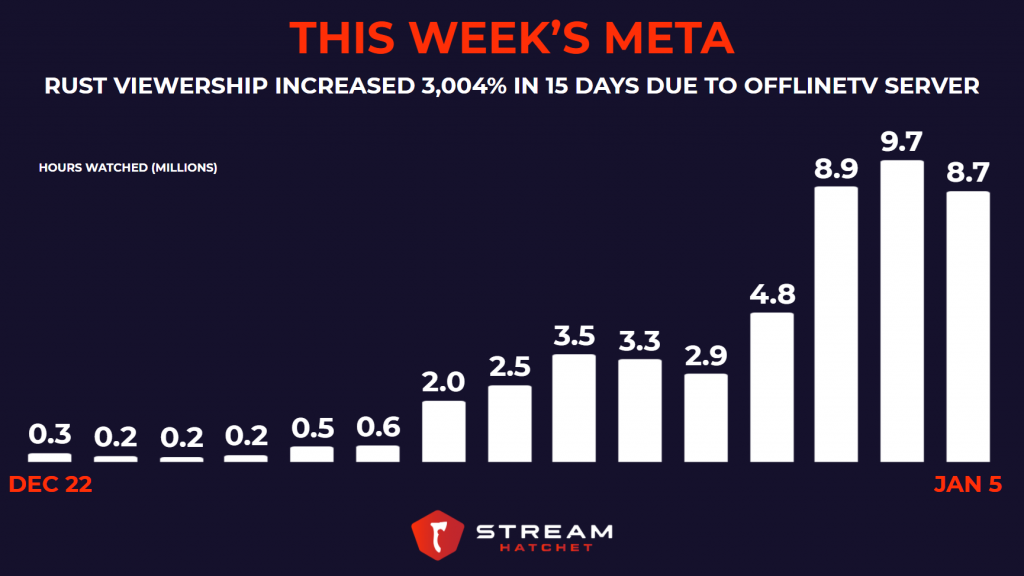 The mutually beneficial relationship between popular streamers and games/publishers was put on display this past week as OfflineTV created a private server on Rust, a survival game released via early access in 2013. The OfflineTV streamers invited over 50 other streamers to join the server creating a plethora of content opportunities via co-streams and in-game interactions. Before the OfflineTV server was created, Rust never broke 1 million hours watched in a single day across Twitch, YouTube Gaming, and Facebook Gaming in 2020. Within the first week of the private streamer server, Rust almost reached 10 million hours watched in one day. More and more the live streaming and gaming industry is seeing a move towards co-streams to generate larger viewership numbers like what was seen with parties in Fortnite, Fall Guys, Among Us, and now with the OfflineTV Rust server. Expect 2021 to be filled with more large groups of streamers playing together to maximize their reach.