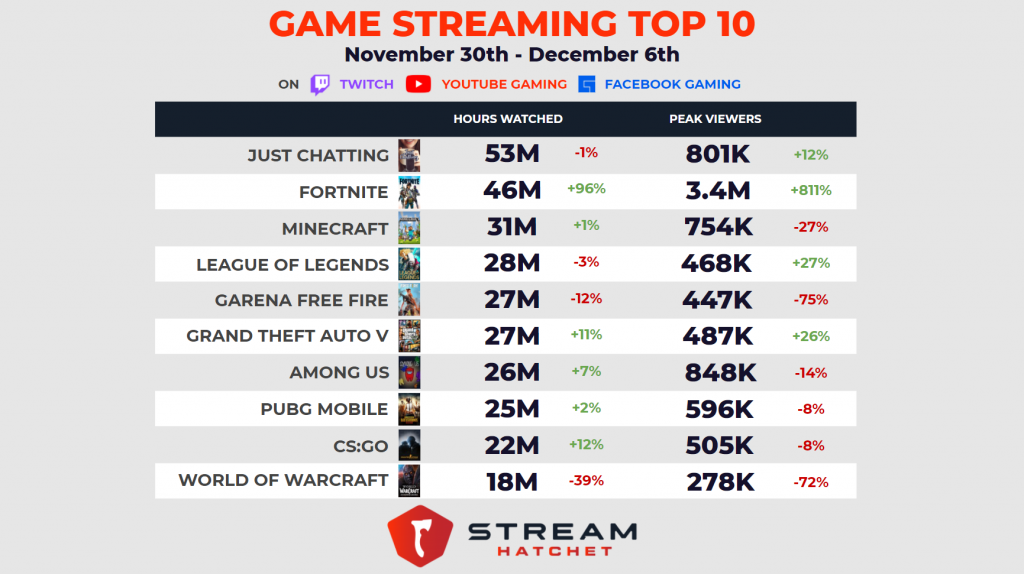 Fortnite took a substantial portion of market share due to the Galactus event but Just Chatting still remains on top.

As the end of the year edges closer, Just Chatting remains the top category across North American live streaming sites. With a very unique content style and audience, not many games are cutting into Just Chatting’s market share allowing it to maintain over 50M hours watched week-to-week. Even Fortnite’s massive Galactus event fell about 7M hours short of reaching the top spot. More streamers, brands, and organizations should look to leverage Just Chatting in 2021 because the category clearly isn’t going away any time soon. In fact, the growth only seems to be increasing with new creative ways to generate content and interact with the audience.