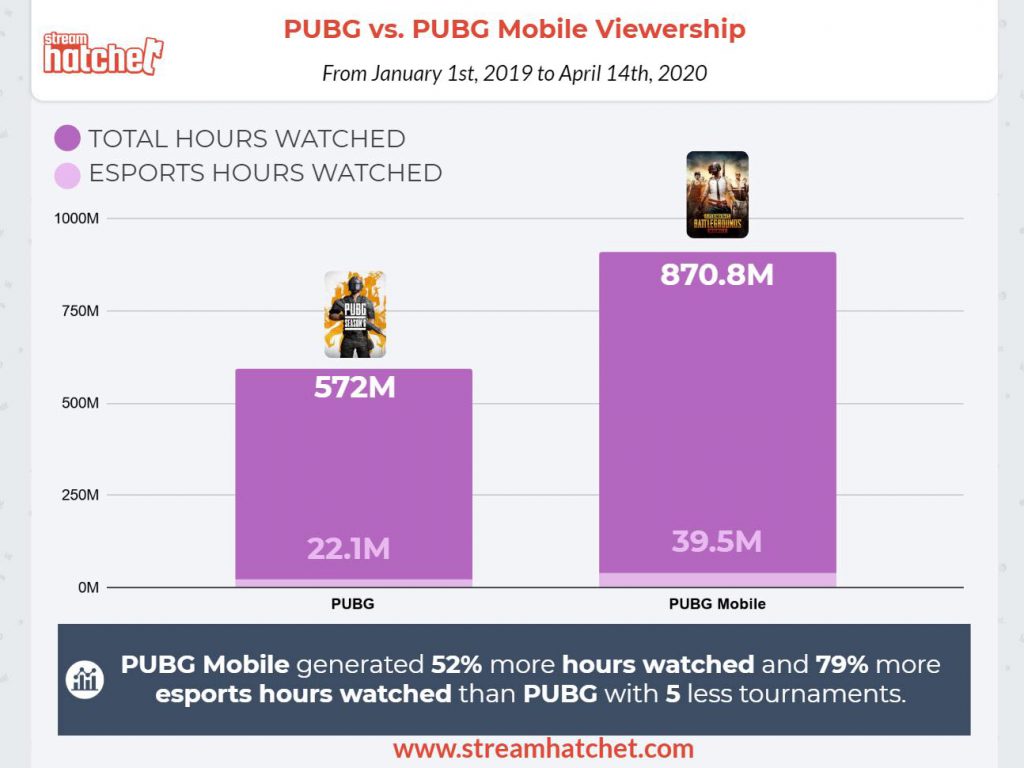 As mobile gaming continues to grow both domestically in North America as well as more rapidly internationally, PUBG and PUBG Mobile have been the focal point. PUBG was once leading viewership on Twitch but has since fallen by the wayside to newer titles. However, PUBG Mobile is not only the leading mobile game on Twitch, but on YouTube and Facebook as well. This week, Stream Hatchet compares the viewership of PUBG and PUBG Mobile as the mobile gaming industry continues to scale.