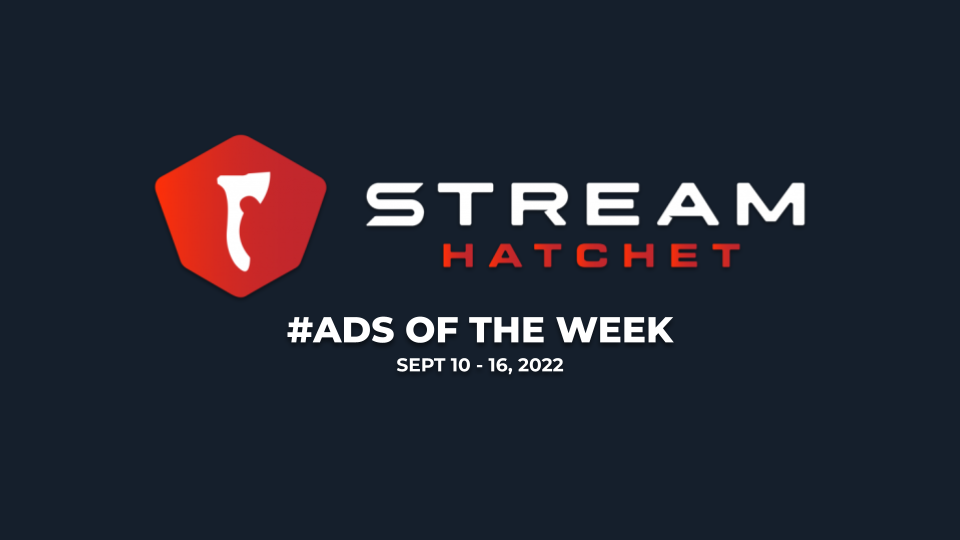 This week’s winners for Live Streaming #Ads of the Week are Ubisoft, NBA 2K23, and NordVPN.

Ubisoft took the top spot for their activation with IlloJuan for their Ubisoft Forward event. His sponsored stream garnered 209K hours watched with 41K peak viewers.

The event took place on September 10th and, like a Nintendo Direct or Sony State of Play, gave updates to fans on new games and partnerships. In the update, Ubisoft announced Assassin’s Creed Mirage, a new pirate game called Skull and Bones, a Rayman x Mario + Rabbids Sparks of Hope DLC crossover, and a new partnership with Netflix that will bring three Ubisoft games to Netflix members.

IlloJuan, a Spanish-speaking variety streamer, has over 2.5 million followers on Twitch, giving Ubisoft a prime audience to get their updates out in front of. His audience is mostly males between the ages of 17 and 24. His audience also overlaps extensively with some of the most popular Spanish-speaking live streamers like ibai, Rubius, and auronplay. He shares almost 60% of his audience with ibai.

Knowing the audience overlap with the content creators you’re sponsoring is critical to get the best ROI for your advertising campaign. If Ubisoft had decided to spend the money on sponsoring another large Spanish-speaking streamer like ibai, the audiences might cannibalize each other and instead of boost Ubisoft’s viewership, it might have just split it up. Instead, for the Forward event, Ubisoft decided to sponsor several different streamers speaking multiple languages to get the best spread of viewership.

In second place for this week’s top ads in live streaming was NBA 2K’s activation with mistermv, which garnered 54K hours watched with 13K peak viewers. NBA 2K23 was released on September 9th and partnered with several streamers to promote the game.

Mistermv is a French-speaking variety streamer and the cofounder of AEGIS Esports, a professional esports organization competing in PUBG Mobile, COD Mobile, and VALORANT.

In third place this week was Ironmouse’s sponsored stream with NordVPN which garnered 43K hours watched and 9K peak viewers. The stream featured an on-screen banner with Ironmouse’s affiliate link as well as a promotional offer for anyone who signed up with the link.

Ironmouse began her stream by talking about how the VPN conceals data traffic and protects against cyber attacks. She also touched on the service’s password manager and cloud storage service, Nord Locker. She sent her viewers to use the command !nord for more information and to get the promotional offer.

Having a content creator talk about your brand during their stream is a great way to get chat engagement going around your product. While on-screen banners are useful for an advertising campaign, having an influencer direct fans to learn more about the product is a great way to build brand trust and build interest.

For more insights on how your brand can utilize Stream Hatchet’s data and analytics to optimize your live streaming marketing campaigns, schedule a call with an expert!