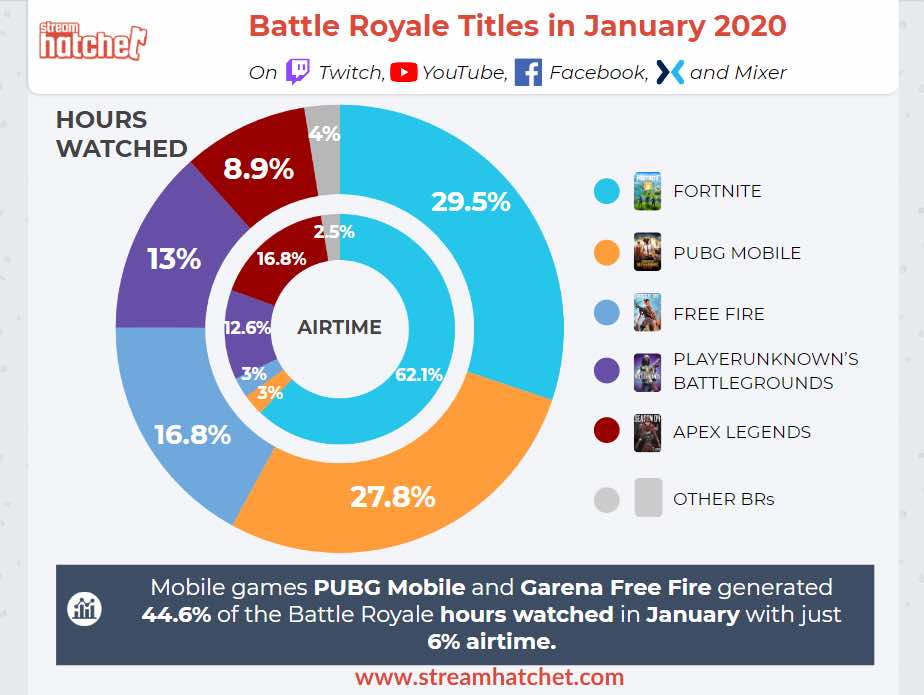 The battle royale genre has been at the forefront of the gaming industry for the past few years as games like PUBG, Fortnite, and Apex Legends have had massive success. But has the genre been able to carry over into the new decade with the same prosperity? Which games have contributed the most to the success thus far in 2020? This week, Stream Hatchet analyzes the top battle royale titles to identify which game led in hours watched and airtime on the North American streaming platforms during January.