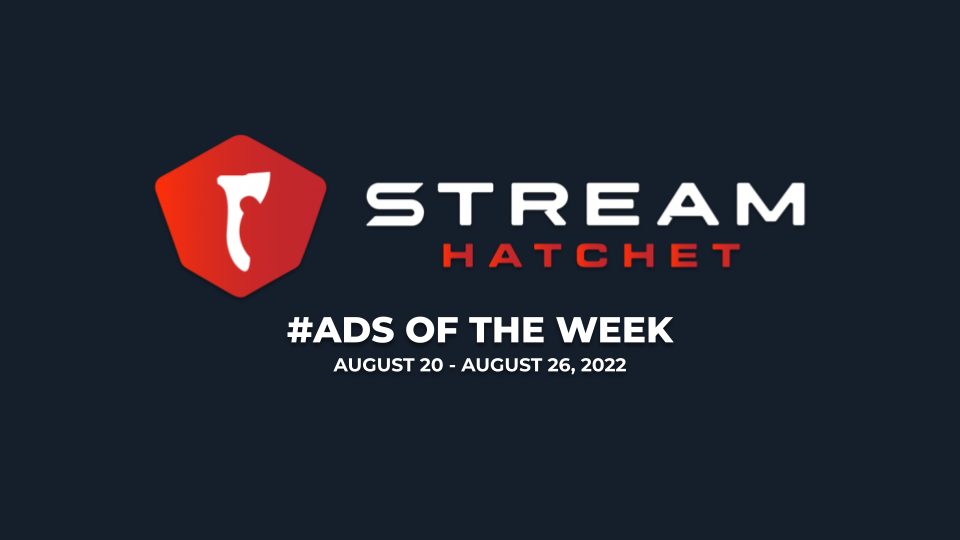 The winners for #ads of the week are Super People, Amazon Prime Video, and Fansly.

Fansly Sets Its Sights on Twitch

Fansly is a social media website that offers both free and subscription-based adult content to its users. Fansly has entered the market as a direct competitor to the popular adult social media platform OnlyFans. With the rise in popularity of Twitch streamers like Amouranth, the demand for adult content within the Twitch community has paralleled her trajectory. Fansly is tapping into this unique opportunity with adult content creators on Twitch, and enables account linking between the two content platforms.

While Jerma985 is typically a variety streamer who creates content including Let’s Plays, Just Chatting, and Reactions, the streamer is better known for his out-of-the-box Twitch streams. One such event, The Jerma985 Dollhouse, was a multi-day live stream where Jerma turned into a Sims character who was controlled by his Twitch chat. He also hosted Jermainia, an event with original characters, characters from existing IPs, and real-life individuals all participating in WWE 2K20 matches.

As part of this activation, Fansly partnered with Jerma to create a baseball streaming experience for his fans. During the stream, viewers tuned into a circus-themed baseball game where players, clowns, and magicians faced off on the diamond. The full 13 innings included several other surprises, not limited to mascot fights, unicycle shenanigans, and much more.

Amazon continues to leverage its Twitch acquisition to acquire more subscribers to Prime. Viewers who link their Amazon Prime account to their Twitch account are entitled to one free Twitch subscription, which they can use to support their favorite streamer at an Amazon-subsidized cost. Access to a full content library of the latest and greatest action movies is an added bonus for any Twitch viewer who is currently not a subscriber to Amazon Prime.

Super People takes the spot as the 3rd most watched sponsored stream this week. The new battle royale plays similar to Apex and PUBG and launched August 17th. In just 2 weeks the game has generated just under 9M hours watched and reached a cross platform peak of 147k viewers across live streaming platforms.

In anticipation for the upcoming launch of the game, Super People hosted a $75,000 streamer tournament. It featured the likes of Rubius, fps_shaka, shroud, and iiTzTimmy and generated a total of 230k event hours watched.

Streamer tournaments are a fantastic way for game publishers to market up-and-coming releases. Not only do they showcase how exciting the game can be at an incredibly high skill cap, but they also enable the personalities of content creators to shine through, cultivating unique perspectives around different styles of play.

Looking to leverage best in class live streaming data and get your sponsored campaign into the next #AdsOfTheWeek? Test out our Essentials web app for seven days without any commitment required!