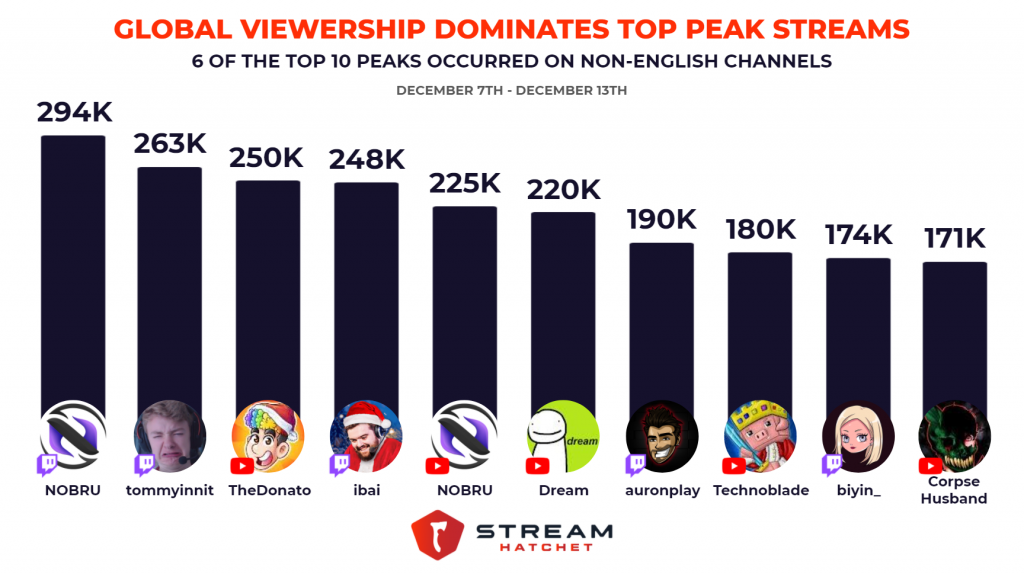 This week, Stream Hatchet analyzes the top streams based on peak viewers. Live streaming sites like Twitch, YouTube Gaming, and Facebook Gaming have a large global presence creating a diverse community on the platforms. Of the top ten peak streams last week, six of them came from non-English speaking channels like NOBRU and TheDonato. While a large portion of viewership on North American streaming sites come from English channels, it would be remiss to ignore the impact the other channels have had. As live streaming continues to become more accessible across the world, larger non-English channels may be perfect for brands to partner with to maintain a global presence.